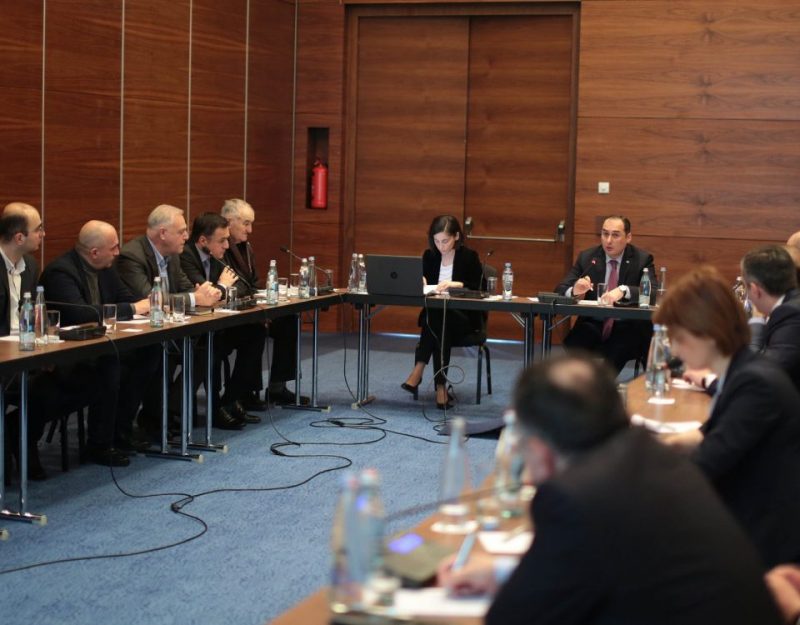 The First Vice Prime Minister highlighted that regulations related to the mining sector is among the priorities of the Georgian Government.  The First Vice Prime Minister Dimitry Kumsishvili introduces the new Chair of the LEPL National Agency of Mines, Maia Zavrashvili to the meeting participants.  Dimitri Kumsishvili announced the launching of the large-scale reform in the mining sector, which will be implemented, with the support of the European Bank for Reconstruction and Development. In 2018, the policy and strategy document of international standards will be developed, which will serve as a basis for the preparation of the new legislative package. The First Vice Prime Minister stated that over 25 000 people are employed in the sector. Most of the products produced in the field of mining is exported (share of mining resources in the export equals to 35%), according to Ministry of Economy and Sustainable Development of Georgia.

New agency created within the structural reform of the Government – the LEPL National Agency of Mines was also discussed at the meeting. The main functions of the Agency will include provision of permanently updated geologic information and its accessibility, preparation of geologic information for the licensing facility, management of the State balance in mines, licensing and monitoring of issued licenses.