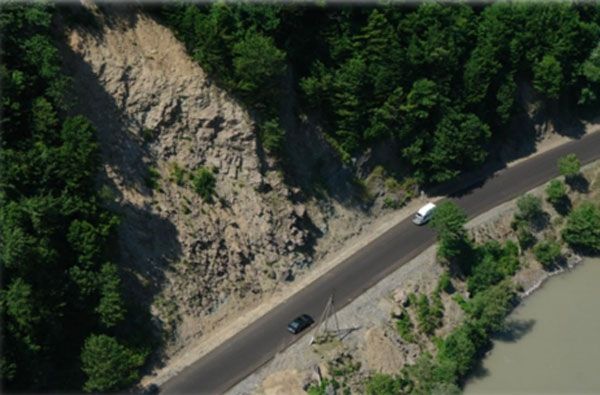 Under the decree of Roads Department of Georgia the alternative corridor plan has already been elaborated which envisages the construction of four-lane road in valley by the support of new tunnels and bridges.
Approximately 20 tunnels will be constructed on the new project section of Khrevi-Ubisa-Shorapani-Argveta. The main constructions of project are the bridges that cross the valleys, rivers and other obstacles. It is planned to arrange 34 bridges (Particularly, construction of 16 bridges in direction of Argveta – Tbilisi and 18 bridges in direction of Tbilisi -Argeta are planned).
The projects have already been submitted for public reviewing and its discussion will be held on February 22.